After suffering staggering defeats in Colorado in 2008 and 2010, the movement to declare a fertilized egg (zygote) a person has moved to Mississippi. On November 8th, Mississippi voters will vote on the following amendment:

"Be it Enacted by the People of the State of Mississippi: SECTION 1. Article III of the constitution of the state of Mississippi is hereby amended BY THE ADDITION OF A NEW SECTION TO READ: Section 33. Person defined. As used in this Article III of the state constitution, "The term 'person' or 'persons' shall include every human being from the moment of fertilization, cloning or the functional equivalent thereof." This initiative shall not require any additional revenue for implementation." 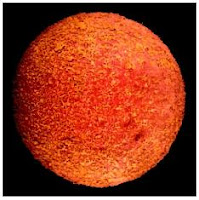 deemed a person just like the reader of this post. Fertilized eggs will have the same rights and privileges as any other born person in Mississippi. What will be the legal consequences of this amendment?
Both supporters and opponents of this amendment agree it will ban abortion. But there is disagreement over whether it will have further ramifications.

Opponents have claimed that the life of women will be placed in danger; hormonal birth control will be illegal; the availability of in vitro fertilization will be reduced; and, women may be subject to prosecution as a result of miscarriages.
To address some of the concerns raised about Amendment 26, Dr. Freda Bush held a press conference on September 23, 2011:
Dr. Bush begins her conference stating that this measure ".. will begin to restore a culture of life". What culture of life is she referring to? Never in the history of the United States - or Western civilization - has a fertilized egg been deemed a person. The Constitution of the United States is quite clear that rights, citizenship are conferred at birth. Dr. Bush is free to believe that a person is present at the moment of conception; but she is not free to re-write history. This amendment is a radical departure from American legal tradition and to suggest otherwise is misleading.
Not only does Dr. Bush re-write legal history, she also falsely suggests that abortion is more dangerous to women's mental and physical health than pregnancy and childbirth. An extensive study on the effects of abortion on the mental health of women concluded that “…the most methodological sound research indicates that among women who have a single, legal, first trimester abortion of an unplanned pregnancy for nontherapeutic reasons, the relative risks of mental health problems are no greater than the risks among women who deliver an unplanned pregnancy.”


With respect to abortion hurting the physical health of women, Dr. Bush did not specify what she meant except for her statement that "women die from abortion even now." However, she fails to mention that women run a greater risk of dying from pregnancy and childbirth than abortion. Statistics show that , "The safety of abortion is well established, with infection rates less than 1%, and fewer than 1 in 100,000 mortalities occurs from first-trimester abortions. At every gestational age, elective abortion is safer for the mother than carrying a pregnancy to term."
Any contraceptive that prevents the implantation of the embryo into the womb will result in the death of a person pursuant to this amendment. Dr. Bush claims that hormonal contraceptives will still be available while any contraceptive that "allows for the baby to be conceived and then expelled will be banned". Birth control pills allow the baby to be conceived and then impede the implantation of the embryo by altering the thickness of the uterus. Therefore, based on Dr. Bush's own statement it is clear that birth control pills will be banned.
It is difficult to believe that any Ob-Gyn is unaware of how hormonal contraceptives work. Perhaps, Dr. Bush should consult with pro-life activist and director of Eternal Perspective Ministries Randy Alcorn. After researching the effects of the birth control pills, Mr. Alcorn concluded that hormonal contraceptives can cause the conceived baby to be expelled.
During the press conference, Dr. Bush  stated that in vitro fertilization (IVF) will still be available. She acknowledged that the embryo will be deemed a person before it is implanted "the same as it is a person when it would be born." Treating IVF embryos as persons will greatly impact the type of fertility treatments available to Mississippi women.

Current IVF procedures involve the creation of excess embryos. To increase success rate, women are given hormones to stimulate the production of eggs. Once harvested, eggs are placed in a dish with sperm so that fertilization can take place. The embryos are allowed to develop for a few days; and, then are graded for viability. In instances where two sperms fertilize an egg, the embryo is discarded. As are other embryos that are not developing properly. Under Amendment 26, the disposal of said embryos will be legally viewed as killing persons.
The excess embryos deemed viable are frozen (embryo cryopreservation) for possible use in the future. Some embryos die during the freezing process. Others die when they are subsequently thawed. There is also the possibility of some embryos dying as a result of operator error or equipment malfunction.

Under Amendment 26, any embryo dying is viewed as the death of a person. This opens fertility specialists to possible criminal investigations as it would any medical professional in a case where a born person dies under his/her care. The language of the amendment does not include any provisions addressing IVF. The amendment does not outright ban IVF but it creates so many impediments and legal exposure for fertility  practitioners that they may just decide not to make this procedure available to patients.
In the event of life threatening pregnancies, Dr. Bush asserts that doctors will be able to save the mother's life when the "baby is not viable". However, the amendment contains no language addressing  instances where the mother's life is at risk.  Is there any law on the books in Mississippi that allows the taking of the life of a born child to save the life of the mother? Doubtful since the law has always made a distinction between those who are outside the mother's womb vs. those who are not.

Dr. Bush dismisses the issue of women facing criminal prosecution in the event of a miscarriage as a "silly" rumor. However, the fact remains that under Amendment 26 the law will not differentiate between an embryo and, let's say, a two year old child. If a two year old dies, wouldn't the police at the very least launch an investigation? So why would the police not investigate the death of an embryo to determine whether the mother did not do anything to cause the miscarriage? These are legitimate questions that cannot be dismissed as rumors.

Since the unborn child will be recognized as a separate person, what if the mother smokes or drinks during the pregnancy, will she be subject to child endangerment charges? Dr. Bush did not address this issue during her press conference. However, it is a valid concern that must be addressed.

Standing before a microphone and asserting that concerns raised by opponents are unfounded without providing supporting information is not good enough. Dismissing objection as rumors, is not good enough. Supporters of Amendment 26, and anyone who wants define personhood at the moment of conception, have an obligation to explain why their proposals will not endanger women's lives; ban birth control pills; impair fertility treatments; or not result in the criminal prosecution of mothers and doctors. Anything less than a full explanation is unacceptable.