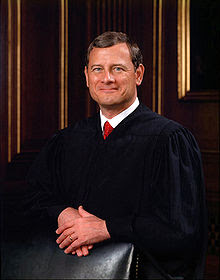 If Chief Justice Roberts ever tires of being on the Supreme Court, he can always transfer to the State Department. His diplomatic skills are superb.

Obamacare presented a very difficult situation for the Chief Justice. After all, the bill has been gradually implemented during the last two years. Overturning it would have caused disruption and a lot of confusion.

At the same time, upholding Obamacare would greatly upset conservatives who - just minutes before the ruling was released - heartily applauded anytime a Republican candidate pledged to nominate justices “just like Roberts”.

The only way out of this thorny situation was to uphold the law and at same time appease conservatives by giving them a moral victory. And he achieved just that.

Much of the discussion about the constitutionality of Obamacare was centered on the Commerce Clause. Conservatives, libertarians argued that expanding the Clause to force the purchase of insurance was an unconstitutional encroachment on individual freedom.

If Roberts had relied on the Commerce Clause to uphold the law he would be forever labeled a Souter by conservatives. Therefore, he had to find another way.

The Tax Clause was the perfect vehicle. Conservatives do not doubt that the government’s power to tax is broad and constitutional. But before getting to the Tax Clause, he had to overcome the Anti-Injunction Act.

Pursuant to the Anti-Injunction Act, taxes can only be challenged after they are paid. Under Obamacare an individual that fails to purchase insurance will be assessed a fine collected by the IRS. Opponents of the bill argued that the penalty is a tax and since it will not into effect until 2014, it was premature for the Court to consider the suit.

How was Roberts able to achieve the magic trick of calling the same penalty provision both a “tax” and “not a tax” in the same ruling? By applying label vs. function.


Roberts argued that the “shared responsibility provision” was not a tax under the Anti-Junction Act because Congress labeled a “penalty” in the text of the bill. Even though the payment functioned as a tax, it didn’t matter. Roberts wrote,


“The Anti-Injunction Act and the Affordable Care Act, however, are creatures of Congress’s own creation. How they relate to each other is up to Congress, and the best evidence of Congress’s intent is the statutory text.”

In other words, labels take precedence over function.

With respect to determining the constitutionality of the individual mandate, Roberts took the opposite view. Labels did not matter. Only function mattered. And the payment does function as a tax. It is collected by the IRS using the same methods as any other tax on the books.

By applying label vs. function is different ways depending on the issue being considered, Roberts was able to uphold the law. And by including language about enumerated powers, not expandind the Commerce Clause, Roberts is able to still pretend he is a conservative jurist and win accolades from conservative Washington smart set.

George Will embarrassed himself by declaring that Roberts delivered a long term victory to conservatives. He writes,

Apparently, George Will is completely oblivious to the fact that Congress no longer needs the Commerce Clause to force purchases of goods or services. Now a precedent has been set that all it needs to do is tax individual for failing to purchase goods and services.

Charles Krauthammer is impressed by the finesse of Roberts’ trick of containing the Commerce Clause while protecting the Court – as an institution - from charges of acting on political grounds. I always thought Roberts’ job was to protect the Constitution. But I am not part of the DC smart set.

Nevertheless, I do admire how Roberts was able to appease the White House and at the same time win accolades from Will and Krauthammer. Quite a diplomatic feat. Perhaps, we can convince Roberts to help negotiate an Arab-Israeli settlement.
Posted by CC at 6:58 PM