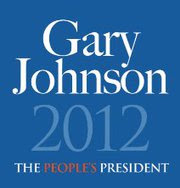 Yesterday, Mitt Romney continued his speed walk to the center that started last week. Moderate Mitt is making a comeback.

During the presidential debate, Romney revealed that there was some fine print attached to his big bold tax plan to cut marginal rates by 20% across the board.  The print said that no tax cuts will happen if they increase the deficit (read that as no tax cuts).

Mitt 10.0 still vows to repeal Obamacare. However, he now pledges to keep all the popular parts of the bill like covering pre-existing conditions. Just give him a couple of more days and he will be buying Sandra Fluke's birth control.

In Iowa yesterday, he said “there’s no legislation with regards to abortion that I’m familiar with that would become part of my agenda.” So if you are voting for Romney to save the unborn, I guess you will have to wait for more years.

The more I watch Romney and the more I realize that he is the perfect candidate for the GOP. He, along with his party, have been feeding their supporters what the want to hear. Election after election Republican candidates promise limited government and fiscal responsibility and deliver the opposite in office.

Just look at their record when they had control of the White House and Congress. Surpluses were turned into deficits. Expanded Medicare. Increased the federal role in K-12 education. This from the party that for years has been pledging to eliminate the Department of Education.

It is really no a surprise that a candidate like Gary Johnson had nowhere to go in the GOP. He not only believes in limited government, free enterprise, he governed that way. A principled man is persona non grata in the modern GOP.

A friend of mine told me, the GOP is made up of two groups: 90% are people who believe the marketing materials about limited government and the remaining 10% is laughing all the way to their Swiss banks. He is 100% right.

My wake up call came with TARP. For decades, Republicans preached the wonders of creative destruction. When blue collar workers lost their job the party responded that it is all part of the free enterprise system. However, when Wall Street bankers' jobs were on the line President Bush was quick to 'chuck aside free market principles' and push for a bailout.