Is This The Price of Freedom? 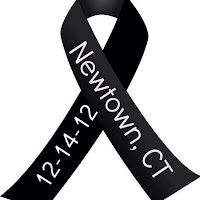 Reaction to the tragedy in Newtown, Connecticut has run the full spectrum. Some of it predictable (e.g. the usual rhetoric from both sides of the gun control debate). Some of it just downright insensitive and idiotic (e.g. Governor Huckabee suggesting that God allows the murder of children because of the Supreme Court decision ending school prayer). Some of it paranoid (e.g. suggestions that it was a conspiracy so that the United Nations can take guns away).

Generally, when people talk about the price of freedom it is in connection with the death of soldiers. Adults who volunteered to serve in the military. Not children going to school. Or teachers. Or school principals. Or everyday citizens going about their lives.

The argument that more regulation will not prevent similar tragedies is more palatable than the idea that we should just accept more Newtowns. After 9/11, we did not - as a country - accept terrorism because "it was the price of freedom". Quite the contrary.

After Newtown, we can longer accept throwing our hands up when it comes to gun violence in our country. We can no longer accept thoughtless statements or cliche phrases.

Stating that people, and not guns, kill completely ignores the fact that the type of weapon used is directly related to the amount of carnage that can be perpetrated. On the same day of the Newtown tragedy, a man in China stabbed 22 children at a primary school. They all survived their injuries.

Had the killer been able to only discharge two or six bullets at a time instead of a hundred bullets in a matter of two minutes, there would have been more opportunity for someone to overcome him. For the children to run away. The type of weapon used DOES impact the ability to kill. Time to recognize it.

To say that "criminals will always get guns" ignores the fact that we are not dealing with common criminals that want to rob or drug dealers fighting over turf. If Nancy Lanza could not buy her personal arsenal legally, it is very likely that no guns would have been available to her son. What can be legally purchased will make a difference in situations like Newtown.

We also cannot allow the fringe to dominate the conversation.  The Supreme Court has found that the right to bear arms is a civil right. Any calls for total gun bans are non starters. Privacy laws cannot be so rigid that they shield individuals like the Virginia Tech killer. We should be able to secure persons that pose a threat to society before they do any harm.

False accusations of shredding the Bill of Rights or unfounded fears about tyranny being around the corner should not be indulged. Let's acknowledge that we secure our free nation through the rule of law, our military, our political system and not through private citizens with delusions of being the founding fathers shooting rounds of ammunition on weekends.

What specific measures we need to undertake in order to prevent more tragedies is unclear at this time. What is clear is that the price of freedom cannot be another Newtown.
Posted by CC at 5:53 AM