America Needs Its Own Political Earthquake 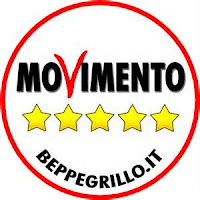 During his final campaign rally, Beppe Grillo filled Saint John's square in Rome with 800,000 people and had a strong message for the Italian political class: "Give up. You are surrounded. Apologize." Miles away, in Texas, watching the live feed I found myself dreaming of 800,000 people gathering on the National Mall and telling Congress and the White House "Give up. You are surrounded. Apologize to the country."

Beppe Grillo is the leader of the Movimento 5 Stelle (Five Star Movement or M5S). He is a former comedian turned blogger and political leader. He was the big winner of the Italian elections held last week capturing 25.5%  of the vote, coming in third place behind the Center-Left Coalition that garnered 29.5% and the Center Right Coalition garnering 29.1%. Mario Monti - the current Italian Prime Minister - only won 10.56% of the vote. If one were to just look at the vote share won by the parties on a stand alone basis, M5S is now the top vote getter in the lower House with the Democratic Party a close second with 25.52% of the vote.

A stunning achievement when one considers that M5S was founded in October 2009. And for all the talk of the USA being the beacon of democracy around the world, when was the last time that a political party was able to rise to power in less than four years? When was the last time that regular citizens without a huge campaign chest or name recognition were able to be elected to Congress? Our electoral system has been so rigged by the GOP and the Democrats that voters virtually have no choice.

I have to confess that I just recently reconnected with Italian politics after leaving the country decades ago. I am not deeply familiar with the background or policy agenda of M5S.  What is obvious is that Grillo has tapped into a growing anger and frustration that many Italians feel towards a political class that has failed their country. A political class whose top priority has been to preserve their power and privileges. A political class that is more interested in bailing out banks than protect small businesses. Sound familiar?

To Grillo's credit he has turned anger into a positive movement to reform the government. M5S's primary objective is to end corruption. To remove from office the political class that has failed Italy. Bring transparency to government. As Grillo said "We will open up Parliament like a can of tuna". The Grillini (as the members of the movement are called) running for office pledged not to join any coalition. They promised they will support or oppose legislation on a case by case basis. Their goal is to create an independent bloc in Parliament who will serve as a watchdog on behalf of the people.

That is exactly what we need in Congress. An independent bloc that will serve as a watchdog on behalf of the American people. In other words, name names and make them famous as John McCain kept threatening to do while running for president. Shine the light on the backroom deals. Let's find out who is responsible for slipping in money for Alaskan fisheries in the Sandy relief bill. Who sought appropriations for the F-35 Joint Strike Fighter engine that the Pentagon does not want. Who is preventing reforming Medicare so that taxpayers are not overcharged for medical devices. And the list goes on.

We also have a corruption problem in America. The main difference between the United States and other countries is that in the US we legalized corruption. It is called a campaign contribution. The net effect is the same. Wealthy elected officials and a government that primarily serves the interests of those with the most cash as opposed of serving the interests of the average citizen.

As M5S rose in the polls, the traditional parties predictably began the fear mongering. "If Grillo wins, it will spell disaster for Italy" declared Pier Luigi Bersani the leader of the Democrat Party. They attacked the inexperience of the Grillini. Accused Grillo of being a fascist. A dangerous populist like Hitler. Grillo's response was to the tell Italian voters "Better to jump into the dark with us, than an assisted suicide with them."

Whether M5S will be successful in its quest to change Italian politics remains to be seen. The Tea Party began as an angry reaction to the bailouts, the fiscal mismanagement only to be quickly absorbed by the GOP and produce no discernable change in American politics.  Republicans and Democrats are still unchallenged. Despite Congress having an approval rating in the teens, 90% of incumbents were re-elected.