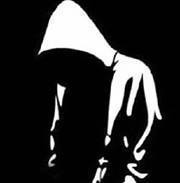 Before the verdict in the George Zimmerman case was announced, the general consensus among legal pundits was that the state of Florida had not met its burden of proof of beyond a reasonable doubt; especially as far as the second degree murder charge. Some hoped that Zimmerman would at least be found guilty of manslaughter. A charge added at last minute by the prosecution that came across more as an admission that the state had a weak case than a charge to be seriously considered by the jury.

The case presented in court hardly resembled the initial media coverage. At first, it was widely expected that Zimmerman would claim immunity under Florida’s “stand your ground” statute. But he did not. It was also thought that race would play a significant role in explaining the events that led to Trayvon Martin’s tragic death. But the evidence presented during the trial did not support Zimmerman being motivated by a racist desire to kill a black teenager.


If race played a role, it was a subtle one. Maybe even a subconscious one. Deep in our minds all of us carry prejudices and stereotypes about different people and groups. If Trayvon had been a woman, or older, or a different race, or wearing a suit instead of a hoodie, would Zimmerman followed him? Highly unlikely.
In his speech about race Obama talked about his grandmother – who loved him and helped raise him - confessing "her fear of black men who passed by her on the street". After the verdict was announced, predictions of riots based on racial stereotypes floated around the blogosphere. Old fears and attitudes about race that have shaped our history are still with us and shape our present whether consciously or subconsciously.
Race may have played a key role in Zimmerman's decision to follow Trayvon. But the presence of a gun was the key contributor to Martin’s death. Yes, we all have heard it a thousand times. People and not guns kill. But there is no question that guns make killing people a lot easier. Take the gun out of the mix and there is a scuffle between Zimmerman and Trayvon. A physical confrontation that could have been broken up by neighbors, or the police, with no one ending up at the morgue.
In 2011, according to the Center of Disease Control, 31,940 persons died from gun injuries as follows: Accidental discharge 851; Suicide 19,766; Homicide 11,101;Undetermined Intent 222.  Studies have shown that a gun in the home is more likely to be used to injure or kill a member of the household than to be used in self-defense from an intruder. According to a study, "individuals in possession of a gun at the time of an assault are 4.46 times more likely to be shot in the assault than persons not in possession (Branas et al, 2009)".

Yet, despite all the evidence to the contrary, guns are viewed as benevolent products. A view that was evident two days ago at the Texas State Capitol when state troopers confiscated feminine hygiene items and not guns.

Again, no one is suggesting that guns kill on their own or that the person pulling the trigger is not responsible for his or her actions. Nor do the actions of one gun owner reflect on all gun owners. But, I have been through enough gun control debates to know that there is an odd, ongoing, group identity phenomenon that causes gun aficionados to take personally criticisms of any other gun owner.
The inescapable truth is that guns provide those who want to do harm an efficient mean to do so. Guns turn decisions made in the heat of the moment, or decisions made in a state of fear, into fatal events.

Earlier this year, Rodrigo Diaz was killed for pulling into the wrong driveway. The elderly white homeowner said he feared his home was about to be robbed. He first shot in the air warning Rodrigo to get off his property. The young man rolled down the window to say he was sorry and was shot. If instead of a young Latino man, a young white woman had driven into the driveway, would the homeowner felt threatened? Highly unlikely.

The combination of racial prejudices and the presence of a firearm claimed the life of Rodrigo. Just like it claimed the life of Trayvon. And more lives will be claimed unless we come to terms with the fact that guns are efficient means for killing and not symbols of freedom and patriotism. Bigotry without a gun is just bigotry. However, bigotry with a gun is deadly.
Posted by CC at 8:06 PM